The Somerset County Cricket Club Pathway gives talented young cricketers from across the region the opportunity to further develop their potential within an elite environment and aids their development across a variety of disciplines, both on and off the field. 17 of the current 22 players in the Somerset First Team squad have been involved with the Player Pathway, with many more destined to make that step up to the professional game. 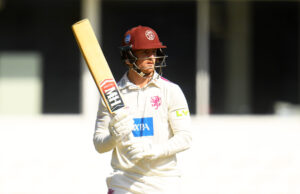 SCCC commercial director, Caroline Herbert said: “By partnering with our Player Pathway, Bradfords will be playing a genuine role in helping to produce the next Jack Leach, Craig Overton, Tom Banton or Lewis Gregory, all of whom are Academy Graduates who have now established themselves as international cricketers.

“As well as helping to support the development of our young players, we will be working hand in hand with Bradfords on a number of exciting and entertaining content elements throughout the year, which will also be of benefit to our Members and supporters.”

“Supporting the local communities where we operate is a core focus for us, as it has been for the past 250 years, so the opportunity to partner with an organisation like this is a great fit,” said David Young, CEO of Bradfords Building Supplies.

“And as a company that believes strongly in growing our own talent, there’s a lot of synergy between the aims of the Player Pathway and our own efforts to encourage our next generation of team members to reach their full potential.” 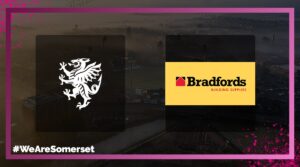 As part of the sponsorship agreement with Somerset County Cricket Club, the Bradfords logo will appear on Player Pathway playing shirts, with further exposure including both ground and live stream advertising.