The problem of housing shortage could be improved if  the UK was better at planning its retirement housing provisions. That’s according to research seen by builders merchants’ trade association the Builders Merchants Federation.

Nearly 60% of surplus bedrooms are in homes inhabited by the over-65s, research seen by the BMF has found. This equates to more than 15 million unused bedrooms arising from under-occupation of family homes, according to a report by the well-regarded Cass Business School. Under-occupation is concentrated among the elderly where they tend to live in couples or alone.

The main conclusion is that the 300,000 new homes per year housing target could be shrunk by 50,000 units with better retirement housing provision. The ageing population will cause an increase in older households that corresponds to 36% of the projected 3.7 million increase in household formations between now and 2040, the authors found.

If more family homes were freed by downsizing, the knock-on effect down the property ladder would enable ‘second steppers’ to move up and allow first-time buyers onto the first rung. Several barriers were highlighted – including a lack of suitable alternatives. Only 2.5% of the UK’s 29 million dwellings are defined as retirement housing. 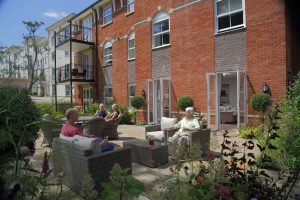 Part of the problem is that local authorities are not required to assess retirement housing needs, nor identify appropriate sites, in a Local Plan. The BMF wants this addressed by the Planning White Paper that ministers published last month and the subsequent consultation now underway.

The report recommends the Government promote the benefits of downsizing and incentivise people to do so before expensive social care is needed. One idea is to adjust Stamp Duty rates to put ‘later life’ buyers on an equal footing with first time buyers to loosen the housing market. More downsizing by baby boomers will ease hard-pressed local councils and care homes and encourage independent living, thus releasing the huge number of surplus bedrooms identified.