A campaign to support Help for Heroes has been launched by builders merchant, Chandlers Building Supplies. The builder’s supplier, that boasts a number of ex–forces personnel working throughout its business, will donate a percentage of sales from its ‘Help for Heroes’ thermal gloves to the charity during November and December.

Sue McKinney, of Chandlers Building Supplies, said “We are fortunate to have a number of veterans working across our branches, so it is very fitting for us to support Help for Heroes.” 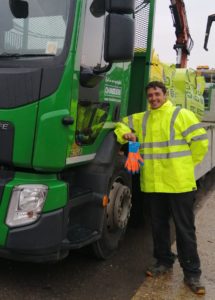 Charlie Field, formerly of The Royal Engineers joined Chandlers Building Supplies earlier this year. He, said: “The number of people leaving the armed forces every year is astounding. Many need ongoing support and Help for Heroes is there for them. As a veteran I am very pleased that the business I work for is supporting Help for Heroes – it shows that it values my service and those of other veterans throughout the country.”

Paul Hawes, who was in the Prince of Wales Royal Regiment, joined in 2015 and works as a transport manager, while Mike Redclift was an infantry soldier in the Duke of Edinburgh’s Royal regiment for ten years. He joined the builder merchants in 2014 as a yard supervisor.

These, and others at Chandlers Building Supplies, are among the 14,000 military personnel that leave the armed forces every year.

Chandler’s ‘Help for Heroes’ Thermal Grip gloves can be purchased in store and online at www.chandlersbs.co.uk

I'm the Assistant Editor on BMJ. If you have any product or people information, or some news you'd like to share, please feel free to email me.
Previous Bond It’s Monstrously good tape
Next Grafton Group publish third quarter update 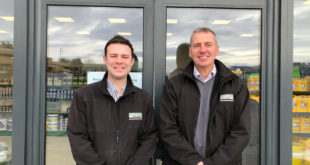 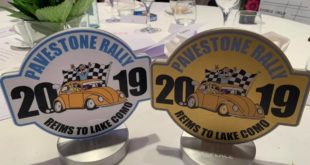