Travis Perkins is part of the Travis Perkins Group, which also includes DIY specialist Wickes. The Group operates more than 20 businesses across the UK, employing approximately 28,000 employees at more than 2,000 branches, stores and sites. Providing standardised training to all its employees was a key requirement for the Group, however, with so many employees in so many locations, delivering it was easier said than done.

Instead of relying on external training providers, the Travis Perkins Group applied to become an Employer Provider, an organisation able to deliver its own apprenticeship training in-house. In October 2017, it received its certification and, in the process, became the first ever builders’ merchant in Britain to achieve that status.

Since then, with the support of Occupational Awards Limited (OAL) – an awarding and approved end-point assessment organisation – delivering standardised training has become much easier and Travis Perkins is now reaping the rewards.

Since attaining Employer Provider status, it has helped its apprentices and staff achieve impressive pass rates – 35 employees have completed their apprenticeships, with almost 70% achieving a merit or better and more than 50% achieving a distinction, the highest mark possible.

After joining the company as a Warehouse Worker in 2017, he quickly impressed his employers and was promoted to Team Leader. Realising that pursuing a career in a senior position with Travis Perkins was what he wanted to do, Martin applied for the company’s Warehouse Operative apprenticeship – a course which would teach him how to successfully manage a team to the level expected of a Supervisor. He was accepted onto the one-year course in February 2018.

“Being responsible for some of the people I used to work alongside is a bit weird but the apprenticeship has really helped with that because it’s taught me how to think differently and how to be a better leader. It’s made me appreciate how important it is to still be able to relate to the team and have a laugh with them. I like being able to tell them off from time to time too though!”

28-year-old Paul Cracknell has been employed by Travis Perkins for five years and is a Branch Supervisor at the company’s Hatfield site.

Like Marin, Cracknell wanted to pursue a career in a more senior role, so he embarked on a Level 2 Retail Apprentice apprenticeship to all

ow him to become an Assistant Branch Manager, in March 2018.

Since completing his apprenticeship in February 2019, Cracknell has secured a role as Assistant Branch Manager at Travis Perkins’ Managed Services site in Stevenage and is already considering his next move – his ambition is to do another apprenticeship which will enable him to become a Branch Manager.

Cracknell said: “I loved every minute of my apprenticeship, especially the parts about how to manage a team – this was an area in which I had no experience at that time, so it was really interesting and helpful. I learned how to lead and motivate a team, while also making sure customer service remained everyone’s priority.

“Receiving in-house training has been really helpful because you’re learning from people with first-hand experience who really know what they’re talking about, and you’re constantly being pushed and challenged to come up with better ways of doing things, which really helps prepare you for management opportunities. The amount of time Travis Perkins invests in apprentices and the number of opportunities the apprenticeships give you is really encouraging and I hope to stay with the company for as long as possible.”

I'm the Assistant Editor on BMJ. If you have any product or people information, or some news you'd like to share, please feel free to email me.
Previous First Master Builder appointed to Construction Leadership Council
Next MKM marks milestone in Mansfield 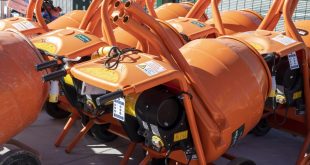 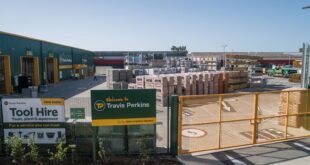