Russell Roof Tiles (RRT) has taken another major step towards its goal of achieving net zero by 2040 after investing £3m this year. 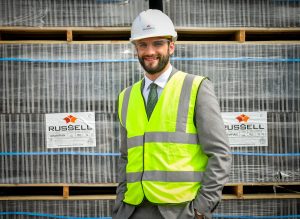 The company has outlined its net zero strategy for reducing its carbon footprint across its Burton and Lochmaben sites. To date, the manufacturer has concentrated on measuring and reducing its Scope 1 and 2 emissions and some Scope 3 emissions under operational control (e.g., Business Travel). It is committed to achieving net zero by 2040 – 10 years earlier than the Government’s agreed target.

Since its announcement, RRT’s investments include a £2m utility upgrade to its Lochmaben plant, a fleet of new electric forklift trucks, and a £90k purchase of energy-efficient machinery.

The first changes began when the manufacturer replaced its old injection moulding machine with a newer version that was 40 per cent more energy efficient. This was shortly followed by the switch to electric and removal of LPG (Liquefied Petroleum Gas) as a fuel source.

Lighting sensors and LED re-fits have also been introduced to ensure maximum energy savings, as well as ensuring all truckloads that leave its sites are at maximum capacity which reduces transportation costs, the number of deliveries, the risk of damage and empty mileage.

Most recently, the manufacturer has changed its banding and shrink wraps to an alternative made from 30 per cent recycled material at its Lochmaben site after successful trials proved the material has the same qualities and reliability as its predecessor, but with the eco-friendly label.

After a half-year report, independently conducted by the manufacturer, it has been estimated that its H1 2022 vs H1 2021 Scope 1 and Scope 2 direct emissions are around 9 per cent lower year-on-year. At the beginning of 2023, Planet Mark will verify these figures once the data has been collected.

Certified Planet Mark members must reduce their carbon footprint by at least 2.5 per cent every year, with a target of a 5 per cent annual reduction in carbon emissions being recommended.

“After conducting a half-year report, we are already seeing a considerable reduction, but while we do expect this figure to reduce slightly in the second half of the year, we still expect to achieve a significant reduction which sets us up nicely for already planned and agreed projects in 2023, which will further reduce our footprint.

“By continuing to invest in our ability to operate sustainably, we are focused on our future success and the steps we need to take to achieve our net zero 2040 goal.”

Russell Roof Tiles is working closely with Planet Mark to verify and measure carbon and social data to reduce emissions. Its certification recognises continuous improvement, encourages action, and builds an empowered community of like-minded individuals who make a difference.

The manufacturer is also putting plans in place to support a significant reduction of emissions in its supply chain and downstream activities (Scope 3) and will issue further targets in this area. 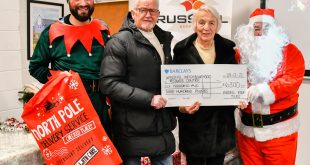 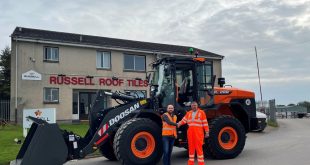