It is with sadness that BMJ is informed of the death on Sunday February 20 of John N Tipper BSc.

John Tipper passed away on the 20th February 2022 after a short illness aged 78.  John joined the family firm, Walter Tipper Ltd. in 1967 after gaining a degree in Civil Engineering and spending several years working with R.M. Douglas Construction Plc.

After two years he was made a Director and saw the company expand from two branches to six, covering the West Midlands.  He was primarily responsible for Procurement and Personnel.  John was Chairman of the Education and Training Committee of the BMF and a Regional Chairman of the Institute of Builders Merchants.  He also played a pivotal role in the Combined Buying Association, holding the position of Chairman of the Building Committee for many years, he was also a member of the Hardware Committee and the Worshipful Company of Builders Merchants.

After 38 years in the Industry John retired in August 2005.

During his lifetime John was a keen sportsman, he played cricket for the local cricket club,  he was an enthusiastic supporter of rugby, having played at school, and in latter years he was an avid golfer.  Among his many other interests was being a member of Lichfield Round Table and the Rotary Club.

John will be sorely missed by his family, friends and all who had the pleasure of his company. 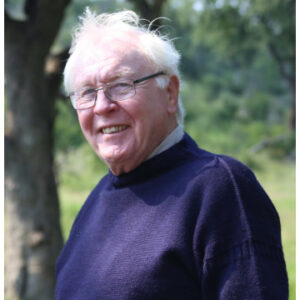 A thanksgiving service for John’s life will be held at St Michaels Church, Lichfield on Thursday 17th March 2022 at 12.15pm. The family request that a splash of colour be worn. Family flowers only. Donations in memory of John are being collected for RNLI and St Michaels Church c/o Jukes Funeral Services, House of Minster Funeral Home, 26 Tamworth Street, Lichfield WS13 6JJ. Tel: 01543 415050 or online via this link

BMJ’s condolences go to Cynthia, James, Jo and the rest of the Tipper families.

Group Managing Editor across the BMJ portfolio.
Previous Snickers Weatherproof Workwear
Next Man of the moment