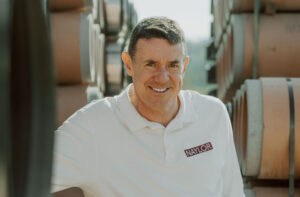 BCC is the trade association representing the interests of the UK ceramics industry; its 83 member companies have 17,500 employees & account for £1.6bn in annual sales including £535m in exports.

He said:  “I’m honoured to accept this role & really looking forward to supporting CEO Dr Laura Cohen & her team in representing a crucial industry at a critical time both economically & politically”.

Earlier this year  Naylor Clayware was honoured with a prestigious Queen’s Award for Enterprise in the International Trade category.

Now in their 55th year, Queen’s Awards are awarded annually by Her Majesty the Queen & are generally regarded as the UK’s most prestigious business awards.

The Award recognises the company’s success in developing clay sales – including of its Denlok jacking pipes & Thermachem chemically resistant pipes – in international markets.