Joinery merchant Howdens Joinery has rolled out the ADP K8 system software to its 450 depots across the country.

David Hallett, chief information officer said that the company realised from the start that what it needed was a builders merchant-specific system and not a retail system.

“”For example, the vast majority of Howden’s complex sales are on account, where codes may explode out into several components so retail specific software simply can’t handle it,” he says.

“In my opinion, one thing that kills IT departments is keeping multiple systems going. For example, in the middle of our roll-out, the Chancellor decided to change the VAT rate. Those sorts of issues, when you are in the middle of a roll-out really hurt.

Howdens’ previous system had been in place for 20 years, Hallett says, so to most users, it was second nature. “Change is always frightening. People don’t like it, so we’ve had to pay particular attention to give our depot staff lots of support. It’s tough, but you should never underestimate the effect that new systems have on every member of staff.

“Now, after only a relatively short period of time, our depot staff have adapted to the new ways of working and are already seeing significant benefits compared to the old system.

“There’s sufficient flexibility in the system that enables the individual depot managers to have freedom in making choices with the system themselves. They’ve been trained in certain ways but there are practices which they’ve built up and that’s great – it plays to our entrepreneurial culture and we do give the depots a lot of autonomy.

“The main benefit is that now we have a platform which we can develop and enable Howdens to grow. Also, our stock visibility and our depot stock replenishment processes have improved significantly. And a further benefit is the fact that we have a much better quote management system and can convert the quotes to sales.” 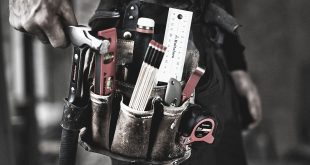