Boiler-manufacturer Glow-worm has unveiled the second part of its homeowner awareness campaign, with its first TV advert in more than 10 years.

Launching on 1st October, the advert will be airing on C4, ITV and Sky channels, as well as YouTube and is expected to reach more than 33.3 million homeowners across the UK.

Set in the imaginary Glow-worm boiler design department, the light-hearted advert, showcases two expert engineers discussing the most important components required to make the best heating solution. Drawing in on the need for installer recommendation, cost efficiency, and the ability to meet hot water requirements for the whole family, including multiple showers at one time, the advert builds to reveal Glow-worm as the ideal solution.

In tandem with the TV advert, and featuring voice over from Star Trek actor David Ajala, Glow-worm will also be back on the airwaves with its radio advert which is expected to reach over 8.7 million listeners, meaning homeowners have twice the opportunity to find out how Glow-worm has been ‘Keeping Britain Glowing’ since 1934.

Alice Woolley, Marketing Director at Glow-worm says, “Earlier this year we outlined our pledge to support our installers and their businesses. As part of this long-term strategy, we’re thrilled to be launching our first Glow-worm TV advert for homeowners in more than a decade.

“TV remains the single most effective way to reach consumers, so we’re confident our advert will not only play a key role in further raising awareness of the Glow-worm brand, but thanks to the light-hearted theme of the advert, will also stick in homeowners’ minds too.

“Having long been regarded for great quality and reliability by installers and homeowners, our latest campaign continues to raise awareness of the brand’s reputation among a consumer audience, while delivering all important sales leads for our Club Energy installers too.”

To further support the launch of the TV and radio adverts, Glow-worm is also introducing Facebook and Instagram social media channels which are dedicated to homeowners, where the business will be sharing its consumer facing communications across Facebook, Twitter and Instagram via the Glowworm_home handle. 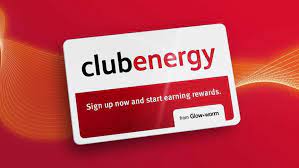