Architect and television presenter George Clarke will be a Keynote Speaker at the Builders Merchants Federation’s Young Merchants Conference in October. 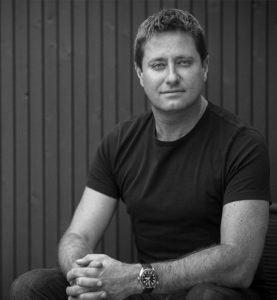 Clarke is both a campaigner and an educator and in 2017 founded MOBIE – the Ministry of Building and Innovation and Education –an educational charity working with colleges and universities to train and inspire young people to innovate in the in the design and construction of new homes.

Clarke’s TV shows have featured everything from brave restorations to new builds on a budget, prefabricated or built from scratch, recycled, vintage or new. If their success has one thing in common it is the value of the team, sharing skills and knowledge.

John Newcomb, BMF CEO said: “George Clarke has said that home is the most powerful form of architecture that affects us all, and his MOBIE initiative is designed to encourage more young people to join careers in the built environment and make a difference. His presentation will be a perfect way to close our first Young Merchants’ Conference.”

The BMF Young Merchants Conference, which is one of three special events held to celebrate the BMF’s landmark anniversary year, is free of charge to current members of the BMF Young Merchants group and open to anyone aged between 21 and 40, working in the building material supply industry for a small fee.