At its Annual Long Service Awards ceremony, held at St. Ermin’s Hotel in London, leading building products manufacturer Forterra celebrated Peterborough employee Keith Coulson, who represents the third-generation of Coulsons to have worked for the company.

Coulson (Keith) began his career in 1972, but has memories of the old brickyard from the age of five. 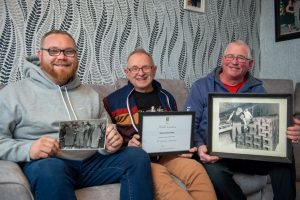 “We lived in a company house right opposite the brickyard. My father worked there and me and my brother would often play nearby. I even helped hand-set some of the bricks when I was a youngster. In fact, my mother also worked in the canteen at Kings Dyke for a while, so it’s always felt like a family company for us.”

When he left school at age 15, Coulson started work as a messenger boy. Keith would cycle a 14-mile round trip from his home in Whittlesey to Peterborough each day, delivering messages from yard to yard.

“My grandad, George, had worked as a burner at King’s Dyke and he encouraged my own father to join the company shortly after leaving school. When I left school, my father encouraged me to do the same thing, and it felt like the best thing to do!”

After 12 months of this he became a Works Office relief, which involved him in various administrative tasks at a time when these were still more or less done manually. This was a role he held for the next 11 years across all the Peterborough area offices.

In 1984 he moved to the Kings Dyke factory to become a Production Auxiliary, where he developed and expanded his knowledge, learning all the jobs needed for production.

“For a time I worked at Kings Dyke alongside my father and my brother, Roy ‘Chipper’ Coulson, who himself has racked up 46 years at the company. I enjoyed working with the both of them; it really added to the sense of camaraderie that was at Kings Dyke”

Between 1990 and 2002 Coulson remained at Kings Dyke working as a Hand-Setter, building the units of bricks ready to be fired in the kilns.

“I really appreciated the incredible feeling of community there. The area manager would often pop down to the old brickyard and walk around, speaking to each of us, all of whom he knew by name.

“There was a clubhouse at Kings Dyke which everyone would gather in at the end of the day. We’d join darts teams and compete against other clubhouses every now and then – it was a really wonderful time.”

From 2002-2022, he has worked at Kings Dyke as a Wicket Man, responsible for the dismantling, erecting and maintenance of the ‘wickets’ or kiln doors, a role which he enjoys immensely.

In an even more impressive development, as of 2022 Coulson’s son, Robert, has joined the company, marking four generations of Coulsons at Forterra.

“I’m proud to have worked for the same company for my entire life,” says Keith. “I’ve always been made to feel like a valued member of the team and have always greatly enjoyed the variety of roles I’ve held in the business.

“My wife Anita, whose own father worked at the company, has herself often worked several cleaning jobs at Kings Dyke. We really have a lot of our family history bound up with the brickyard!”

David Jackson, Production Shift Manager at Forterra, says, “Keith is a very respected and valued member of the team who is always happy to carry out tasks when asked and always gives his best. We’re really proud to have had four generations of a family working here. Our community values and our employees are at the heart of the business, and Keith is a testament to that. I hope to keep him a little longer yet!”

I'm the Assistant Editor on BMJ. If you have any product or people information, or some news you'd like to share, please feel free to email me.
Previous James Hargreaves opens £500,000 low carbon centre
Next Product availability is improving, says CLC 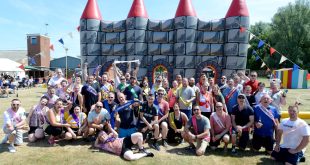 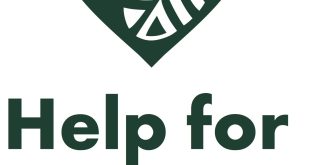