The UK construction industry reported a mixed performance in the first quarter of 2018 according to the Construction Products Association’s Construction Trade Survey.

The latest research found that although activity continued to increase for main contractors and SME builders, there was a smaller proportion of firms reporting a rise. 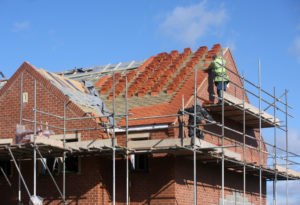 Additionally, civil engineering firms reported a second consecutive fall in workloads and heavy side product manufacturers’ sales, a leading indicator of structural and groundworks, fell for the first time in five years. On the upside, more than one quarter of firms surveyed expected orders, enquiries and product sales for the year ahead to remain positive, although contractors reported that orders were concentrated in the housing and infrastructure sectors. Combined, these sectors account for over 35% of total construction output.

Rebecca Larkin, Senior Economist at the CPA, said: “The industry’s run of growth was halted by a quarter that combined the liquidation of Carillion and the snow disruption in February and March. Encouragingly, order books throughout the supply chain suggest activity will pick up again throughout the year. This appears to be driven by just two sectors, housing and infrastructure, which are reliant on a ‘steady state’ of government support. Private sector house building continues to benefit from Help to Buy, housing associations are commencing activity under affordable homes funding programmes and contract awards for major strategic infrastructure projects such as HS2 are lining up a pipeline of longer-term infrastructure activity.”

Richard Beresford, Chief Executive of the National Federation of Builders (NFB), said: “The CPA’s latest construction trade figures indicate lower output in larger players. While the largest players are suffering, SMEs and regional contractors have reported increases in both workloads and enquiries. Figures show that clients could be splitting their risks away from just main contractors to regional contractors and SMEs. This trend would contribute to the longer term benefit of the industry, if maintained.”