To lose one parent is unfortunate. To lose two seems like carelessness

Why it is so hard for people in public service to just, you know, do their jobs. Properly. Thoroughly. With some idea of consequences, either for them or other people if they get it wrong. Is that so big an ask? Really?

I’m the first to admit that I make mistakes in the compiling of this august publication. Mistakes happen, especially when you are on limited time and with limited resource, and possessed of old-lady eyes, stubby fingers and a teeny-tiny keyboard. The fact that they happen doesn’t mean I have to like it. I don’t. I hate it. It hurts, quite frankly, no matter how I might try to pass any of them off as ’careless’.

Not, it appears something that troubles some other people. I’m really not sure how one can be given the job of Chief Adder-Upper, aka Chancellor of the Exchequer,  and yet be careless enough to have accidentally been flagged up by HMRC as needing investigation over off-shore shares in a parent’s name.

Nadhim Zahawi’s financial affairs aside, there are other areas where I really do have to ask, what the hell are these people thinking? How can they be so – well ‘careless’ seems to be the phrase du jour – about their commitment to doing the job properly?

Some 200 asylum seeking children have gone missing from the hotels they have been placed in, according to the Home Office. In fact the Home Office lost over 400, but found half of them. Whatever your thoughts of whether they should be here or not are – and I’m in Kent so I get all the opinions, being on the front line so to speak – these are children. They’ve disappeared into the black economy. Or worse. Or much, much worse. Whatever the Home Office’s ultimate task is meant to be with people who turn up on our doorstep, losing children to end up goodness knows where, with goodness only knows who, is a clear dereliction of duty. Or, to put it another way, ‘careless’

Children in care were punched, locked out naked and had vinegar poured on cuts, according to reports that were filed over three years before the homes were finally shut, according to a BBC investigation. All this happened whilst the homes in question were still being marked as Good by Ofsted. Not doing the job properly. Or, to put it another way, ‘careless’.

Failings in the probation service allowed a man with a string of convictions and a history of violence to murder an innocent woman – Zara Allena – nine days after he was released on license from prison, marked as a ‘medium’, rather than ‘high’ risk offender. Mistakes or incompetence? Or, to put it another way, ‘careless’.

Metropolitan Police ignored eight warnings about PC David Carrick’s abusive behaviour, allowing him to carry out 85 serious offences against women over 17 years, including 48 rapes. More incompetence or protecting one of their own? Or, to put it another way, ‘careless’.

I don’t doubt that in most of these cases, the mistakes being made are just that, mistakes, errors of judgement, omissions, mishaps that occur when too few people are under immense pressure to do too much with too little resource. The problem is that these mistakes have real, serious consequences for real people.

So, having brought the mood down, and thoroughly depressed myself, and, probably, my audience, allow me to share a clip of someone who at the weekend did their job to the very best of their ability. And then some. And then some more.

Ladies and gentlemen, I give you a man who put his body on the line, again and again, for 15 hours across three matches, and, then, just when you thought there’s no way he could have anything left in the tank, he found some way to keep going and produce some of the most astonishing points in tennis. Ever. 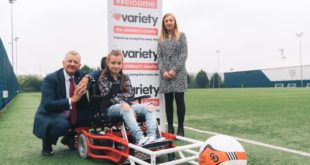 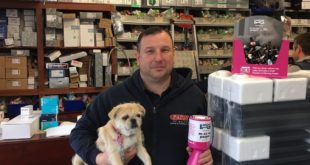 it provokes, and unprovokes; it provokes the desire but takes away the performance. We’ve all …