As important to the builders’ merchant industry as Christmas and Black Friday are to consumer retailers, Spring marks the start of Bradfords Building Supplies’ major trading period. To mark this season, over the course of the last few years Bradfords has been busy building a reputation within its sector for bold Spring campaigns, with previous slogans including ‘No Bull, Just Spring Deals You Won’t Believe’ and ‘That Must Be B*******s’. This year is no exception, with ‘Get Spring Done’.

David Young, chief executive officer of Bradfords Building Supplies, said, “The buzz of excitement in the air is tangible. We know from previous years just how important it is to run a campaign that both our customers and the team in our branches can get behind. Despite the unprecedented times we’re currently living in, we have never been better prepared, better trained and better staffed than we are today. This campaign is about obsessing over customer service and all that that entails; clear pricing, great stock holding, doing what we say we will do, managing customer expectations on delivery and saying YES to local business.” 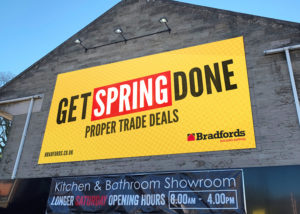 Bradfords is celebrating its 250th birthday in 2020 and the company, which recently won Independent Builders Merchant of the Year at the BMA awards, had a turnover of £150 million in 2019 and currently employs 700 staff across 42 branches.

The ‘Get Spring Done’ campaign is now being activated across Bradfords’ estate: 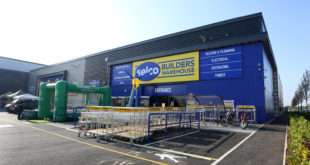 Selco to close for three weeks 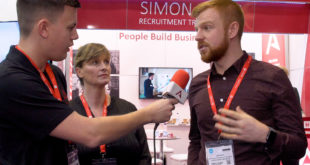