Builders merchant group Travis Perkins has seen a positive start to the year with total sales* for the three months to 31 March 2022 13.6% ahead of  the year before year, according to a trading update issued last week (April 29). 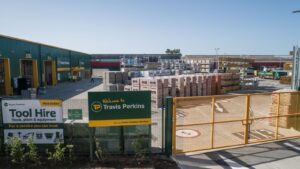 Total merchanting sales were up by 17.9% and all businesses performed in line with expectations. Price inflation accounted for approximately two-thirds of the growth with manufacturers’ price increases continuing to be passed through the business and onto customers.  Demand from customers was “robust” , thanks to a backlog of social and economic infrastructure work and ongoing requirement for new housing. There were also healthy order books from smaller SME customers.

Sales at Toolstation were down 6.0% in the first quarter, with like-for-like sales down 11.9%, reflecting a tough prior year comparator and the return of Toolstation’s customer mix back to its core trade base.

The construction supply chain had largely normalised by the end of 2021 and, although the war in Ukraine and the subsequent impact on the global economy may challenge that relative stability, the Group’s stock levels remain healthy.

Nick Roberts, Chief Executive, said: “The Group has had an encouraging first quarter and, although the wider economic backdrop remains uncertain, we are well placed to build on this positive start in the coming months.

“The energy efficiency of the UK’s built environment remains a key focal point for households and politicians alike and the current cost of energy is likely to prompt further demand for improvement in both new and existing buildings. Allied to the significant pipeline of investment in the UK’s social and economic infrastructure, we remain confident in the structural drivers of demand in our end markets. 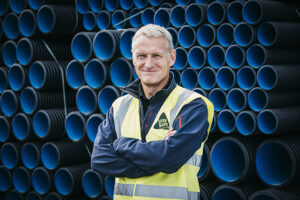 “As the UK’s largest building materials supplier and a leading partner to the construction industry, we are uniquely placed to support the country in this drive and are working closely with all key stakeholders, including government, housebuilders, tradespeople and developers, to address these challenges.”