The girlguiding division has been part of the town for well over 100 years and was gifted a campsite over 60 years ago – formerly part of a Horsham Stone quarry. Volunteers have spent many years turning it into three separate campsites, which are used by Brownies, Guides and Rangers. 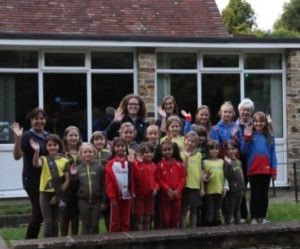 Pam Brakes, who is Horsham Division Administrator at Girlguiding Horsham, submitted the nomination, “The Division was given a building in the late 1920s which has been converted into the Head Quarters. It has been extended a couple of times over the years and alterations have mainly been self-funded. However, the hall roof now needs some attention and it is estimated it will cost approximately £25,000 to repair.

“Receiving this generous funding from NYEs will really help to make a difference. Thank you to everyone who voted for us.”

Rex Nye, Managing Director of NYEs, added “Congratulations to Girlguiding Horsham. We are delighted to be able to contribute to its roof renovation project.”

Nominations are now being taken for the next round of Proud to be Local and community groups, charities and worthy causes all have the chance to receive £500 funding. To make a nomination, please email proudtobelocal@dwnye.co.uk by midnight on Sunday 13th October 2019.

I'm the Assistant Editor on BMJ. If you have any product or people information, or some news you'd like to share, please feel free to email me.
Previous What’s App-ening at the BMF Annual Conference?
Next Elliotts to Cycle Across France for Local Children’s Hospice 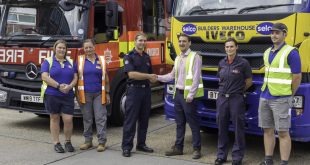 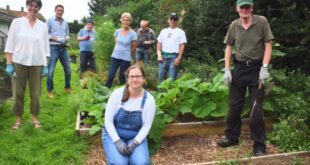