In his new role, Finnigan, who joined Garam in 2017 as an area director,  will oversee the contract sales team and support Graham’s current and new business opportunities within the new build, social housing and commercial sectors. 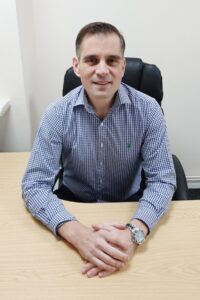 With 27 years of experience in the industry, Finnegan has previously held the position of southern regional sales director and later national senior accounts director for two well-known plumbing and heating brands. Both positions allowed him to work alongside key stakeholders in the P&H contractor sector and manufacturing business.

He will now focus on opportunities in the new build, social housing and commercial sectors specifically. Asa will also oversee the Estimating Services Team who support the Graham key account managers and the wider business, by providing tailored quotations and terms maintenance on secured contracts, to ensure customers get continuity of pricing, adding to Graham’s service offering.