Flame Heating Group has continued to develop its branch network after investing in the expansion of its Cramlington trade counter.

The North East’s fastest-growing heating and plumbing merchant has launched its second bathroom showroom in the North East with development of the Cramlington site on Atley Business Park. 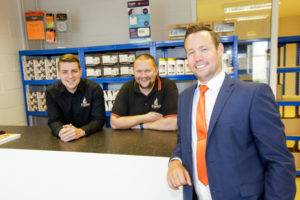 Flame’s Cramlington branch, which launched in 2017, has now extended its product range and services with the addition of the showroom to the 3,600 sq.ft branch. Since its opening, the Cramlington trade counter has seen its workforce grow by 50% and plans to recruit a new member to the team in the summer.

Over the last 12 months, Flame has expanded its geographical reach with the openings of its first trade counters outside of the North East, in Scotland and, most recently, in Carlisle.

Flame launched its first bathroom showroom in Durham at the end of 2017 and the Boldon-headquartered merchant is now expecting to roll-out further investment across its 12 locations, which will include the launch of new showrooms.

Kyle Farrell, Investor Director of the Cramlington branch, said: “Since we opened in Cramlington the branch has gone from strength to strength, and this latest investment demonstrates our commitment to the area. We have continued to grow as a group and the launch of the bathroom showroom is a product of Flame’s positivity and vision for the future.

“It is an exciting period and we will now be able to provide more services to our customers, while expanding our clientele as we offer new lines of products and enter this growing market.”

John Savage, Managing Director of Flame Heating Group, added: “The group has continued to grow and diversify, and the investment in new services and our branch network will be integral to our future success. I am expecting further bathroom showroom launches and continued expansions across our branch network, which forms part of our ambitious growth strategies.”

I'm the Assistant Editor on BMJ. If you have any product or people information, or some news you'd like to share, please feel free to email me.
Previous Van Vault explains Why Merchants have the Edge Over Online
Next Celebrating action taken across the construction sector 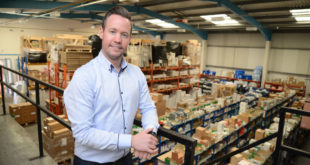 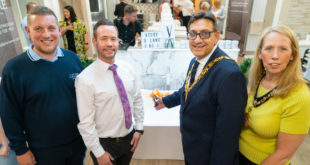 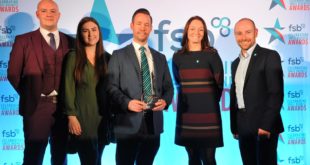