TG Concrete is part of the Tudor Griffiths Group has opened a brand-new concrete plant in Bridgnorth. 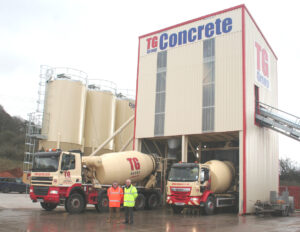 The company has concrete plants across Shropshire, Cheshire, and North and Mid Wales and the new plant is next door to the TG Builders’ Merchants branch at Chartwell Park, in Bridgnorth.

TG Concrete general manager, Dave Morris, said the new facility could produce up to 80 cubic metres of concrete per hour, and the company had invested in six new mixer trucks to serve customers in a wider geographical area.

“We’ve paid special attention to the environmental impact of the site too, making special arrangements to harvest water so that it’s an entirely recycled water plant.”

The Bridgnorth plant offers concrete products to suit all commercial, residential and DIY projects including dry screed, liquid screed, self-compacting concrete, and coloured concrete, and all products are produced to comply with British and European standards.

It has four aggregate bins and three 80-tonne storage silos so that the team can produce a number of classes of ready-mix concrete, as well as the newly-launched TG Cemfloor liquid floor screed. It also has a pan mixer to accommodate collect customers. 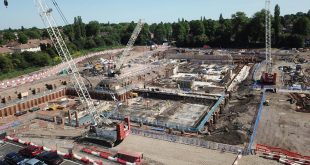 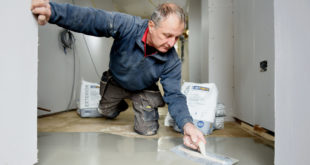