Karen Ryan who spent 15 years of her career at Stepnell has been crowned Mentor of the Year at an annual award ceremony which recognises the very best in construction excellence within the West Midlands.

The award recognises an individual who has shown a commitment to developing the future leaders of the industry and has invested their time in nurturing people to help them reach their full potential.

She was instrumental in implementing Stepnell’s top-performing trainee and apprenticeship scheme which has boosted Stepnell’s workforce to include 10 per cent of apprentices, trainees and graduates and she chaired the Midlands Construction Training Group, helping other firms to upskill and train their workforces. 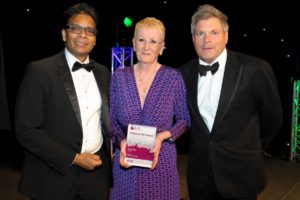 Before retiring in the same week that she was presented with the award, Ryan’s construction career with Stepnell has seen several successful partnerships forged with the CITB and schools and colleges across the Midlands which has resulted in young people joining the industry and becoming award-winners themselves.

She said: “It was a huge compliment to be nominated for this award by my colleagues and receiving the award is an honour. We’ve had so many young people join the business 15 years ago who are still with us now. I’ve seen them progress into senior positions, grow as professionals and have their own families. These people are the life blood of the business. It’s built on investing in the next generation and that’s what Stepnell is all about. When I started there was less than 100 people, now there’s around 450, but the ethos of supporting staff and helping them grow is still the same.”

Mark Wakeford, joint managing director from Stepnell said this award was a testament to Karen’s passion and dedication to mentoring within the industry.

“Karen’s infectious enthusiasm to develop individuals within the construction industry has reaped dividends. At Stepnell we are committed to investing in the next generation of young talent and Karen paved the way by developing a hugely successful trainee and apprenticeship scheme,” he said. “Her work has been instrumental in helping us to exceed the industry’s “five per cent club” and we are proud to have apprentices, trainees and graduates making up at least ten per cent of our workforce. Employee experience is a vital part of our culture at Stepnell, we work to nurture talent and recognise the achievements of individuals at every level across all five regions we operate in. We offer diverse training opportunities for people leaving school, graduates, ex-offender programmes or people who want to retrain and we have several positions we’re recruiting to across our offices now.”

I'm the Assistant Editor on BMJ. If you have any product or people information, or some news you'd like to share, please feel free to email me.
Previous Kohler Mira promotes Baker to md post
Next Cable Innovator Takes Queen’s Award 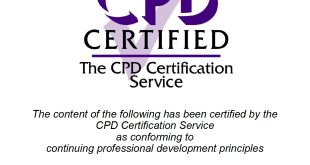 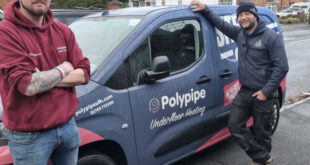