Sing a song of six people

Well, it was nice while it lasted. Being able to get together with a few – a select few at that – friends and sit 2metres apart in our gardens, each quaffing our own bottles of Sainsbury’s special-offer Rioja and a Walkers Grab-bag of crisps – no sharing as that would encourage the virus to jump host. Apparently. Or not. Who knows?

From Monday, we are to be limited to getting together socially with no more than six people, whether that’s indoors or outdoors. Why? – Because Covid and also Because Young People and Because People in the North (sorry, but that’s the way the narrative seems to be going).

The problem has been, the government says, that having different rules for different places was too confusing for mere mortals and we kept getting it wrong.  Right now, the existing getting together rules are: “Two households of any size can meet indoors, with a limit of 30 in private homes. Up to six people from multiple households can meet outdoors or an unlimited number from two households”. Clear as mud.

Unless you happen to be Lord Grantham, I don’t know many people who can gather two households together and get 30 people. Equally, it seems I can go out – but not stay in – with five of my girlfriends as long as they come on their own. If any of them want to bring a husband or their children, they have to sit in a different group, on a different table, like the Popular Front of Judea. Splitters.

As of Monday, there can be no gathering – indoors or outdoors – of more than six people. Unless for work or education or organised team sports (not sure where that leaves my daughter’s athletics training). My plans for my birthday curry are in jeopardy, since the family I’m planning to have round will now have to decide which of the children to leave behind.

Once again, this will hurt a hospitality industry that has been left reeling and was just about thinking about getting back on its feet. Want to go out for a quiet, romantic supper in a restaurant? Fine, as long as social distancing etc etc., Want to take a few favoured clients out for a meal and some drinkies to say thanks for still being here and your support through the lockdown? Nope. Not a chance. And obviously, plans for anything bigger and fancier are gone with the wind.

Some people and organisations have risen to the challenge laid down by the pandemic. The BMF, for example, played a blinder in its work in getting that letter out from the Minister confirming the merchant sector counts as “essential services”. Yes, the industry has had to slim down, but that confirmation undoubtedly saved thousands more jobs. Cometh the Hour, Cometh the Trade Association I guess. The government, on the other hand, has not played a blinder. In fact, it has been twisting around like a twisty-turny thing on National Let’s Twist Again Day, making up policies by the seat of its pants.

Why do we still not have a proper testing system at airports? Why does the Health Secretary think that “only” having to travel up to 75 miles away to get a Covid-19 test is feasible? Why are we blaming young people for the R-rate going up? If you tell people with big social networks to  ‘Eat out to help out’ in pubs and restaurants, then they will.

What the heck happened to the “world class test and trace system”? If we had this, we would be in a very different place by now and going into the winter.

Good news for a change 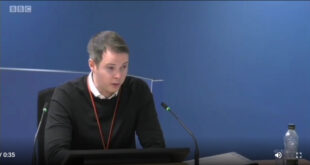