It was an exciting week for Plumb Inn (the plumbing, heating and bathroom specialists in Enfield) as they unveiled their IPG flagship store last week.

The launch, which took place from the 2nd – 6th September, saw Plumb Inn reveal a brand-new look to their Enfield branch, following their partnership with The IPG.

Plumb Inn is one of three flagship stores that The IPG, the largest and fastest growing membership group for 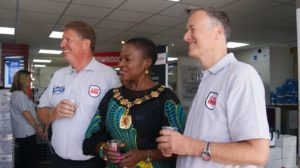 plumbing, heating and bathroom specialists is supporting across the UK. The store opening with Plumb Inn marks the second flagship location for The IPG, in just a few short weeks.

The week saw customers come along to set eyes on Plumb Inn’s brand-new look, complete with a new store fascia and interior graphics fitted throughout. The day got off to a great start, with the Mayor of Enfield attending to officially cut the ribbon as well as delivering a speech on the importance of buying from your local independent. Local and trade press were also in attendance, as well as customers both old and new who had come down to support Plumb Inn and The IPG on this exciting new venture.

The Mayor of Enfield said, “I’m very honoured to be invited down to see the new store. This store was started by just two friends and initially just three employees, which is amazing and goes to show that when you work hard, you can achieve; and this is what you all have done here. This will be such an important addition to Enfield and I do hope that Enfield residents will be visiting soon to do their shopping. I know that I will be! Thank you, Plumb Inn, for the incredible work you are doing here.”

Ray Andes, Managing Director at Plumb Inn, added, “Plumb Inn are now not just a member, we have joined the IPG family and together we can only become stronger. We have a new look trade counter and showroom, a new look website and an opportunity to be involved in marketing initiatives that as an independent merchant we could not achieve on our own. The IPG’s support of the independent sector will be pivotal to the development and growth of our business and our team are all looking forward to an exciting future.”

Nike Lovell, Head of Marketing at The IPG, concluded, “We’ve been blown away by the support of our member’s flagship store launches, and it really puts into perspective everything that we’ve been working towards with Plumb Inn to make sure this launch was a complete success.

“As the Mayor mentioned in her speech, it’s so important to support your local independent – something that we’ve fiercely rallied for at The IPG. I hope Plumb Inn can now look forward to seeing lots of Enfield residents popping down to visit this new store!

Plumb Inn’s flagship store will soon be followed by the opening of the third IPG flagship store at Gas & Plumb Bits in New Milton, which will be accompanied by a special visit from the Chairman of New Forest District Council, plus goody bag giveaways, specials offers and the chance for customers to win £100 to spend in-store.

I'm the Assistant Editor on BMJ. If you have any product or people information, or some news you'd like to share, please feel free to email me.
Previous New Chief Executive for Considerate Constructors Scheme
Next KnitMesh to speak at upcoming Fastener Show 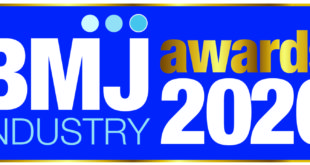 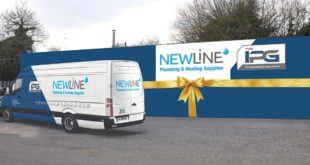 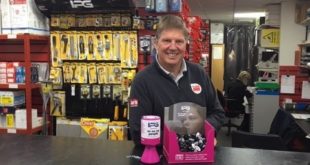