One year on from Carillion’s collapse, Unite warns of Government inaction

Unite, Britain and Ireland’s largest union, has warned that a year after Carillion’s collapse the government’s inaction is putting jobs at risk and could result in future corporate meltdowns.

Carillion went into compulsory liquidation on 15 January 2018, with £7 billion of liabilities and just £29 million left in the bank. Experts believe that Carillion had been trading while insolvent for several years prior to its collapse.

The cost to the taxpayer for Carillion’s collapse is well in excess of £150 million, much of this money has been paid to accountants PwC, who have been paid in excess of £50 million to act as ‘special managers’ to break up the company, make workers redundant and transfer outsourced contracts to new providers. On average PwC staff were paid £356 an hour for their work.

The cost to the taxpayer for making Carillion staff redundant is estimated to be £65 million.

When Carillion went bust, its two flagship construction projects were the Royal Liverpool hospital and the Midland Metropolitan hospital in Sandwell, West Midlands. Work on both projects stopped immediately and a year later has not restarted. The cost of both projects has rocketed and both hospitals will be at least three years late before they are operational. This is placing enormous pressure on the staff at the existing hospitals which were in the process of being decommissioned prior to Carillion’s demise and misery for patients.

The government has rejected all calls for substantial reforms to prevent further Carillion style collapses. The only noticeable change is that the government is piloting a policy that requires major outsourcing companies with public sector contracts in financial difficulties to produce a ‘living will’ to detail how services can continue to be run following a company’s demise.

Unite assistant general secretary Gail Cartmail: “It is staggering that a year after the biggest corporate failure in modern UK history the government has carried on as though it is business as normal.
“The government’s failure to take action to ensure that there cannot be similar collapses in the future is a betrayal of workers, who still face being cast on the scrapheap without warning because of irresponsible directors who place profits and shareholder dividends before people.
“The fact that no one involved in Carillion has yet had any form of action taken against them, demonstrates either that the regulators are failing to do their jobs or that existing laws are too weak. If it is the latter then we need better stronger laws.
“Taxpayers were handed a bill of over £150 million to clean up the mess left by Carillion, yet the government has failed to end bandit capitalism in the UK.
“A year on from Carillion’s collapse the government needs to stop prevaricating and start taking effective action to drive bandit capitalism out of the UK.”

I'm the Assistant Editor on BMJ. If you have any product or people information, or some news you'd like to share, please feel free to email me.
Previous Roman launches new Showroom Guide brochure
Next Rexel launches new Wi-Fi Heating Products 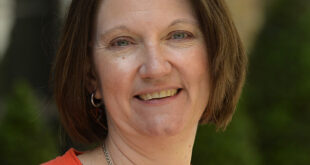 All a load of greenwash?

How green is your scheme?