According to the latest Federation of Master Builders (FMB) State of Trade Survey, prices are hitting bottom lines with 98% of builders having experienced material cost increases, with 83% passing these costs onto the customer. Material shortages and a lack of skills still plague the sector causing job delays for the majority of FMB members. 73% of builders have delayed jobs due a lack of materials and 55% are delaying work owing to a lack of skilled labour.

31% of builders in Northern Ireland reported an increased workload in Q1 2022. However, this is down on the 37% seeing a positive outlook in Q4 2021 and continues the trend downward from 60% in Q3 2021. However, the new figures indicate an uptick in the number of enquiries over Q1 with 38% of builders who responded saying they are receiving increased interest from customers for new work, compared to 16% last quarter. This suggest the market is stabilising slightly and has seen a rise in consumer confidence on the last quarter of 2021.

The FMB State of Trade Survey, which is released quarterly, is the only survey of its kind to track the experience of small to medium-sized (SME) construction firms in the UK. The latest survey for Q1 2022 found:

Gavin McGuire, director of FMB Northern Ireland, said: “The recent FMB State of Trade Survey figures for NI demonstrate the slight decline in workloads for the SME sector over the last 6 months. A period of economic uncertainty, increased material costs and rising household bills have seen a number of projects cancelled or put on hold.”

“With a new NI Executive due to be elected in May, the Industry needs stable institutions and investment into key strategies such as Housing, Energy and local development plans to maintain stronger pipelines of secured work.” 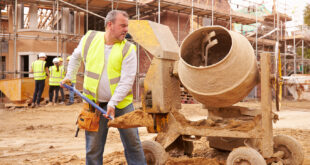 In today’s current climate where the industry is faced with growing inflation, and increasing operational …