The centerpiece performance of the gala dinner at the closing night of the BMF All-Industry Conference this Saturday (June 15th) will be by British singer Heather Small. 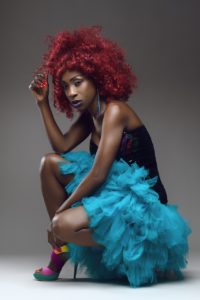 Small, whose iconic solo track “Proud” became the soundtrack to London’s successful 2012 Olympic bid, the 60th anniversary of VE Day in Trafalgar Square, the launch of Queen Mary 2 and England’s victory at the Rugby World Cup celebrations, first came to fame as the soulful lead singer with M People, one of the biggest English dance music bands of the 1990s. With hits such as “Moving on Up”, “One Night in Heaven” and “Search for the Hero”, the band sold over 10 million records and won the Best British Dance Act Award at the Brits in 1994 and 1995 as well at the Mercury Music Prize for their album Elegant Slumming.

In addition to her music career Small danced her way into the public’s affection as contestant in series 6 of BBC TV’s Strictly Come Dancing programme and has become well known for her charitable work. She is appearing at the Gala Dinner as an ambassador for Variety, the Children’s Charity, the BMF’s charity of the year.  Variety improves the lives of children and young people in the UK who are sick, disabled or disadvantaged, by providing coaches and specialist equipment as well as creating memorable experiences through “Variety Great Days Out”.

BMF CEO, John Newcomb said: “We are absolutely delighted both to continue our support for Variety, the Children’s Charity, and to welcome Heather Small as our very special guest to close our Conference. BMF and merchant industry fundraising for Variety since the BMF All Industry Conference in 2017 has raised over £90,000 for the charity.  A silent auction at the Gala Dinner is aiming to raise another substantial sum to share between Variety and our second charity for the evening, Mental Health UK.”