Storage and store design specialist Fil has celebrated its 25th year in business by raising £15,000 for charity.

Fil – formerly known as Filplastic – based near Howden, divided the proceedings between a number of local charities. 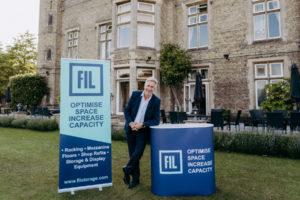 The money was raised via a number of different events and individual challenges undertaken by employees. Managing director Paul Taylor said the whole business had risen to the challenge. “Celebrating 25 years in business is significant and I wanted to mark it in a meaningful way. I also wanted to make sure everyone in the company could get involved, and that we involved the local community.

“The staff really took the idea on board and ran with it. There was lots of energy and enthusiasm, we’ve had race nights, coffee mornings, tuck shops, bake sales, people doing sporting events and all sorts of other activities.”

The money raised was shared between a range of local causes and one national charity, Dementia UK. Other organisations to benefit include the Yorkshire Air Ambulance, Howden Rotary Club, Pocklington and Goole Rugby Union Clubs, Howden and Eastrington shows, Howden Minister, and a local hedgehog sanctuary Pricklington Palace.

Taylor added: “Raising money for charity has been a brilliant way to celebrate. It has helped the team pull together, produced a significant sum for some very worthy causes and has been a lot of fun along the way. I would seriously recommend any company look for ways to celebrate to give it a go.”