ONS figures published today show that construction output increased 2.9% month-on-month in May. This was the fastest monthly growth rate in two years, reflecting an uptick in activity following adverse weather conditions during the first quarter. Compared to a year earlier, output rose 1.6%, but contracted by 1.7% on a rolling three-month basis. This fall captures the £247 million drop in construction work in March during the Beast from the East, however. 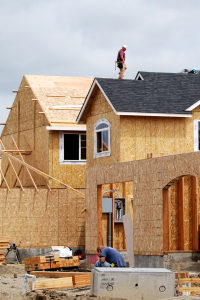 Rebecca Larkin, Senior Economist at the Construction Products Association, commented: “The construction industry appears to have caught up with some of the work lost in February and March due to the freezing ground conditions and snow disruption. Month-on-month gains were evident across all sectors, but were strongest in private housing repairs, maintenance and improvement (RM&I), the third largest construction sector, due to warmer weather and longer days.

“Private housing new build was 8.4% higher than a year earlier, which points to strength in activity beyond basic catch-up as the industry enters the busier Spring and Summer selling season. However, for the year to date overall construction output remains 0.3% lower than a year earlier, with particular weakness in public non-housing (mainly education and health) and commercial, where a significant fall in new orders signals smaller pipelines of work.”

Group Managing Editor across the BMJ portfolio.
Previous Construction orders bounce back
Next Hunt to F O as Boris does likewise