A long way from normal

Blow, blow, thou winter wind,
Thou art not so unkind
As man’s ingratitude;

What a difference a year makes. This time in 2019, the Conservative Party descended upon Manchester, full of vim and vigour, in their best business attire, determined to ‘Get Brexit Done’ and trying to ignore the hoo-hah over the questionable legality of the Prime Minister’s prorogation of Parliament in order to do so. Man, that seems like several lifetimes ago.

This week, the Conservative Party faithful descended nowhere further than their own living rooms. It’s not clear what the dress code was, but I reckon for those without their Zoom cameras on, it was more lounge-wear than business -smart. Apart from the headline acts of course who maintained their sartorial standards in an empty recording studio, presenting their wares to the nation direct to camera. Gareth Southgate may have resurrected M&S’s sales figures with his waistcoat, but I doubt that you can pick up one of Rishi Sunak’s exquisitely-cut inky blue suits on the High Street anywhere. Tailoring that sharp, fabric that lustrous, a cut that flattering is bespoke, trust me.

Moving on though. I’ve said before that one of the things that has got Boris Johnson to the position he’s in now is his rhetoric, his ability to put words in a particular order and make that sentence sing. Whatever I think of his ability to do the job he’s required to, whatever I think of him as a human being, I am mightily impressed at times by his grasp of the English language.

With this year’s virtual conference all the headline acts – Johnson, Sunak, Priti Patel and Dominic Raab – had was an autocue, a couple of huge cameras and some socially-distanced masked directors and camera men. Raab, bless him, looked a little like a rabbit in the headlights, Sunak was impeccably dressed, but appeared slightly uncomfortable, and Patel reminded me of a sales director launching a new software update at the company conference.  However, the Prime Minister’s speech yesterday was a hark back to the Boris of old. It would have been easy for him to turn into an auto-cued automaton, denied the feedback and the buoyancy that comes from being on stage surrounded by your supporters. Instead, he almost climbed into the camera and galloped through the speech, one that he had clearly written himself. No committee is going to come up with “Uncle Sugar the taxpayer”, “hairdressers handling radioactive isotopes”, “Captain Hindsight and his regiment of pot-shot, snipe-shot fusiliers” and my particular favourite “giant national version of the Birdie dance”.  Appropriately enough, coming from a man who’s got where he has by sheer bluster, the UK is apparently going to become a world champion in wind power. “Your kettle, your washing machine, your cooker, your heating, your plug-in electric vehicle – the whole lot of them will get their juice cleanly and without guilt from the breezes that blow around these islands.”

So, our Prime Minister can string a sentence together. Good for him. None of which takes away from the fact that we are still in the mire. The pub and restaurant industry is claiming that the 10pm curfew is going to kill off many of its businesses, the events and conferences industry is on its knees and many sports clubs will be going bust without the ability to bring in spectators. There are three weeks to go to until the furlough scheme stops which will mean that there are companies out there who really have to decide what to do with the employees that haven’t seen the inside of their offices since April. The Chancellor’s Son of Furlough will help but will it help enough? Probably not. Rishi himself has said he can’t save every job.

Is the fact that construction, according to yesterday’s IHS Markit Construction PMI, is undergoing a very sharp V-shaped recovery the light that’s flickering at the end of the tunnel? Possibly. I know lots of manufacturers whose sales figures are impressively ahead of target. We may not be back to the heights of where the index was in 2015, but hopefully, it’s a start. 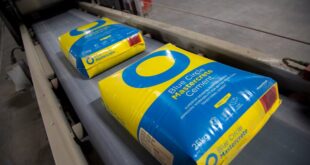