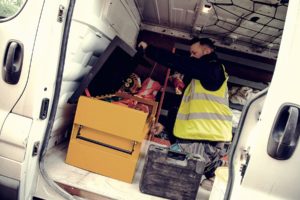 Van Vault, the originators of in-vehicle storage, has announced its support for Band of Builders on their forthcoming Three Peak Challenge.

As part of their dedication to supporting tradespeople and important causes, Van Vault is keen to support Band of Brothers charity, as it provides a crucial service in helping members of the construction industry in need, through hands-on projects, advice and support.

This will be the first time that Van Vault has donated towards the cause. The Van Vault team are keen to sponsor the charity after hearing about the impressive challenge!  Band of Builders are taking on the National Three Peaks Challenge at the end of June, walking a total 23 miles and ascending 10,052ft in 24 hours, as they climb the highest mountains in England, Wales and Scotland – Ben Nevis, Scafell Pike and Snowdon.

Band of Builders was created in 2016 when Builder, Addam Smith’s friend, Keith Ellick was diagnosed with terminal cancer. In an effort to make his life easier, Addam enlisted the help of a group of builders to landscape Keith’s garden. Since then, the charity has grown in numbers and projects, helping numerous people in need.

Deborah Hunt, Marketing Manager at Van Vault, said “We are proud to be sponsoring a charity that provides such a positive and important service within the construction industry, as they look to tackle an impressive challenge and raise awareness of their cause.

“At Van Vault, we know that it is part of our corporate social responsibility, to help tackle issues that may affect our customers and support causes, which make an invaluable difference to people’s lives. Just earlier this year, we announced our support of the #NoVANBer petition, which aims to put the massive problem of tool theft on the Government’s agenda, and we will continue to support these causes in the near future.”

Celebrating its 21st anniversary this year, Van Vault is the UK’s number one brand for storing and securing tools in vehicles. Its range is available in a variety of sizes, each designed for use in different types of vehicles.

I'm the Assistant Editor on BMJ. If you have any product or people information, or some news you'd like to share, please feel free to email me.
Previous BMI announces its Roofing Apprentice of the Year finalists
Next New Managing Director at Polypipe Building Services 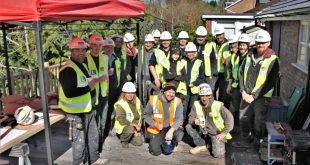 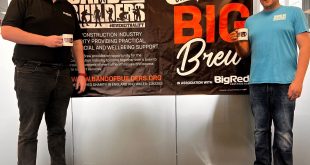