He was a highly valued and well-respected member of Salus’ management team, and had been with the company since 2006. Such was his ambition and quest for adventure, Roberts was shortly due to leave the UK and take up a new product manager’s position with Salus’ parent company in Hong Kong. Prior to his departure, he was nominated for The Salus Award for Excellence in recognition of his unswerving high standards and efficiency of workmanship during his time with the UK team.

Commenting on the tragedy, Salus’ managing director, Dean Jepson said: “During his time at Salus, Les demonstrated his total commitment to the company. Indeed, no one could have shown more excitement and enthusiasm for Salus’ growing success, in which he played a major part. Les was one of the most amiable people one could ever wish to meet and his warmth and kindness touched everyone around him. He will be sadly missed by all, but never forgotten.” 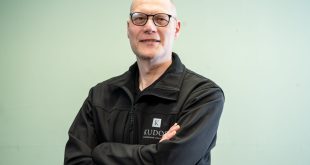