The 2009 radio campaign will be broadcast on Talksport, and will begin on Monday 4 May. It will run for four weeks, reaching almost three million listeners and features more than 250 spots, predominantly during key ‘drivetime’ slots.

All advertising will also be used to support the Jack 880 On-Pack Promotion which begins on May 1 2009 and features more than 50,000 prizes for end users. 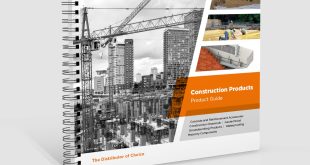 Encon Construction Products, the specialist construction division of The Encon Group, has launched its first …