Andrew Harrison and David Kilburn, two of the most influential leaders in the builders’ merchant industry, are to speak at the BMF Young Merchants Conference at the NEC, Birmingham in October.

Harrison, Deputy CEO – Plumbing and Heating at Travis Perkins and Kilburn Executive Chairman of MKM Building Supplies will give presentations at the event’s Industry Forum and then take part in a Q&A session on the issues raised. 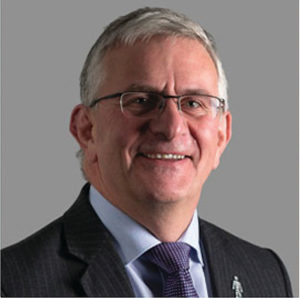 Harrison, started his merchant career in 1980 as a management trainee with Graham Reeves, part of the Graham Group, in Cornwall.  Following branch and area management roles, he moved to Sharpe & Fisher as Operations Director helping to grow the business to 38 branches prior to its acquisition by Travis Perkins in 1999.  Andrew was then Managing Director at CCF, Benchmarx Kitchens and Joinery, and Keyline before becoming Divisional Chief Operating Officer of Travis Perkins General Merchanting Division in 2013, with responsibility for Travis Perkins, Benchmarx, Managed Services and Toolhire. He took up his current role in June 2017. 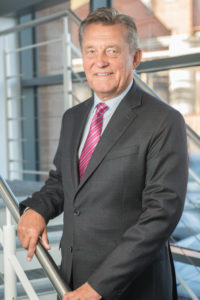 Kilburn started his career fifty years ago with Crossley Building Products in Teeside before joining the Graham Group now part of Jewsons.  He set up his first business in Scarborough in the 1980s and sold it soon afterwards, joining Harcros Timber and Building Supplies. Ten years later he was made redundant, giving him the spur to form MKM Building Supplies which opened its first branch in Hull in 1995 in a 5000 square foot shed with no outside yard.  Today MKM is the UK’s largest independent merchant with 52 branches and revenue in excess of £350 million.