Builders merchant group Grafton saw a good performance from its Irish and Netherlands merchanting businesses but weaker demand for the UK operations to see an overall fall in revenue of 1% to £2,924m for the financial year ended December 31 2019. 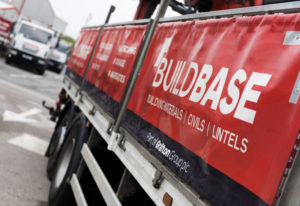 Gavin Slark, Chief Executive Officer said: “2019 saw growth in revenue, profitability and earnings per share alongside continuing progress in evolving and re-shaping our businesses to enhance our value proposition to our customers and drive sustainable growth for our shareholders.  Strong organic growth in our Merchanting and Retailing operations in Ireland and in the profitability of our Netherlands operations helped offset a challenging year in the UK due to political and economic uncertainty.

“The outlook for 2020 is of continuing but moderating growth in Ireland and the Netherlands and while reduced uncertainty may lead to some uplift in the UK RMI market, we remain cautious about the speed of any recovery.  Given the strength of our brands we look forward to another year of progress for Grafton and with a strong balance sheet and rigorous financial discipline we are well placed to capitalise on growth opportunities.”

Volumes in the UK merchanting business were affected by weakening demand as the year progressed with only a small increase in average daily like-for-like revenue. Overall revenues for UK merchanting were £1,710.8m, a fall of 1.1% over the same period a year ago. Trading weakened slightly in August and this intensified in September and October before stabilising towards the end of the year.

Selco Builders Warehouse  annual revenue was in excess of £0.5 billion though operating profit was marginally lower due to the weaker volumes.

Leyland SDM, the largest specialist decorators’ merchant in London that trades from a portfolio of high street locations in the city, performed strongly despite flat market conditions.  The business was acquired in  February 2018 and made an incremental contribution to operating profit in 2019.  Procurement gains made a significant contribution to the result for the year and the operating profit margin was well ahead of the pre-acquisition level.

.  Trading conditions at Buildbase started to weaken in the second quarter and the rate of decline on the prior year intensified through to the year end.  Subdued economic growth and political uncertainty contributed to weak consumer sentiment leading households to hold off on spending on RMI projects.  Lower volumes and more competitive pricing resulted in a reduction in operating profit.

Civils & Lintels, a distributor of heavyside building materials, increased revenue and profitability from supporting its groundworks and civils sub-contractor customer base who operate in the new housing market.  It also made gains in the distribution of steel and concrete lintels where it has a market leadership position.   The new Leeds branch that opened in 2018 performed strongly growing market share in the North of England.

In Scotland, the Buildbase branches were carved out and together with PDM, the market leader in the Civils market, now trade as PDM Buildbase Scotland.  This streamlined business has seen a marked improvement in performance and provides a strong foundation for future growth in the region.