The competition, which will be named the GPH Builders Merchants Highland League Cup, gets underway on 30th October, with Rothes out to defend the trophy they won for the first time in their history last season.

GPH Builders Merchants, which has branches in Inverurie, Stonehaven, Ellon and Westhill, already sponsors the Aberdeenshire and District Football Association’s Under 21 League.

Managing director Grant Shewan, who is also a director at SPFL League Two side Elgin City, said: “We are delighted to help promote Highland League football and continue our longstanding support of sport and community activities in the region.

“We’re thrilled to put the GPH Builders Merchants name to the competition for the next two years, and it’s great the trophy will be played for in front of the loyal supporters who sadly missed out last season.” 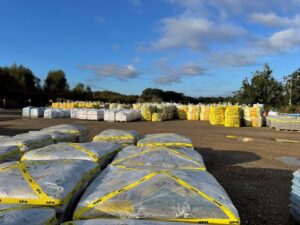 The draw for the first round of the competition takes place this Friday (October 1) and will be conducted by youngsters from local football clubs in Aberdeenshire.