Fixings and powertool business reveals its comical side in new video

The Fixings and Powertool Center, which is based in Redhill, has revealed a rather cheeky side to its business following the release of footage from its new promotional video.

The independent powertools and fixings specialist has proved its staff certainly aren’t shy when it comes to taking centre stage and being in front of a camera.

Appearing in its new trade video, the team showed they were definitely game for a laugh by dressing as 90s’ popstars, lying in a bath of nuts and bolts, modelling high vis jackets and soaking themselves in drinks.

Rex Nye, who is the owner of the Fixings and Powertools Center, has a small cameo role in the video. Nye, who also owns the Sussex-based builders’ merchant D.W. Nye, said:

“I wanted to showcase our amazing team’s ‘always open’ attitude by pushing the boundaries a little bit and addressing the preconceptions of what people might think of the trade – that maybe we are somewhat outdated and stuffy, or even a bit boring. We wanted to prove we are anything other than that!”

To view the video, visit https://youtu.be/zf83GIBGGRg.

I'm the Assistant Editor on BMJ. If you have any product or people information, or some news you'd like to share, please feel free to email me.
Previous Band of Builders gives new garden to motor neurone disease sufferer
Next Keyline adds new Aberdeen branch 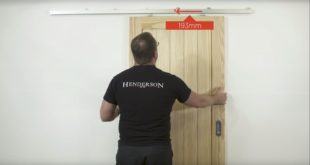 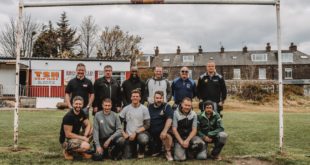 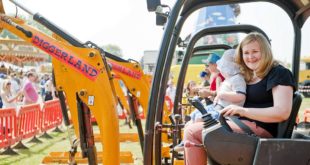 ‘Have a NYEs day’ at free family event

Builders merchant chain MKM has opened its 100th branch, with the opening ceremony at the …