Richard Walton, a former Commander at New Scotland Yard who led London’s Counter Terrorism Command both during the Queen’s Diamond Jubilee and the London Olympic and Paralympic Games in 2012 is to speak at the BMF All-Industry Conference in Dubrovnik in June. 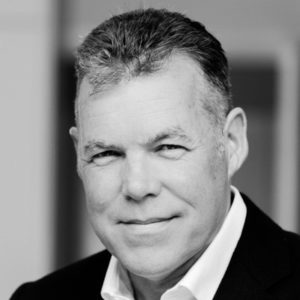 Walton, who spent the majority of his thirty-year policing career in the counter-terrorism field, was Head of the Metropolitan Police Counter Terrorism Command (SO15) between 2011-2016. In 2015, he featured in the ‘Debrett’s 500’ list of most influential people in Britain in recognition of his contribution to countering terrorism.

After leaving the Met, Walton founded Counter Terrorism Global Ltd, a company that facilitates the design and implementation of solutions for countering terrorism and extremism to public, private and non- government sectors. He has also provided advice to governments in Asia, the Middle East and Africa.

Walton not only speaks at international conferences on counter-terrorism and counter-extremism, he also regularly presents on these subjects on British and international media networks.

BMF CEO, John Newcomb said: “Our Conference theme is Building Excellence and will explore “excellence” from many different angles.  Businesses have to protect themselves against all manner of different threats – including many, particularly in the cyber-world, that no-one would have imagined just a few years ago.  I’m looking forward to a fascinating presentation and I have no doubt that we will learn a great deal by discovering how to see everyday events through Richard’s eyes.”

The sold-out BMF All Industry Conference takes place in Dubrovnik from 13-16 June 2019. Further details are available on the Conference website, www.bmfconference.co.uk

I'm the Assistant Editor on BMJ. If you have any product or people information, or some news you'd like to share, please feel free to email me.
Previous Splash up colour schemes with Lustrolite panels
Next Torwood Scouts thanks Norbord for new flooring