Bradfords Building Supplies, has launched its first ever TV advert to showcase its unbelievable Spring Deals to the trade.

The advert airs on Sky Tv throughout May and early June and will target South West Trades. This is part of a multichannel campaign supported by radio, digital and external advertising.

The advert shows three tradesmen on their tea break, with the main character over exaggerating his performance in his football teams cup final whilst his colleagues look on in disbelief. The advert then cuts to one of Bradfords unbelievable Spring deals and a humorous ‘No Porkers’ message.

David Young, Bradfords CEO commented, ‘We’re excited about the launch of our TV campaign that will enable us to reach more people and shout about our unbelievable Spring Deals. This is just one of the exciting steps the company is making in the lead up to its 250th anniversary as we look to become the leading builders’ merchant in the South West and continue to expand our merchant network.’

To view the advert please click on the following link https://youtu.be/zim5FjhvaEA 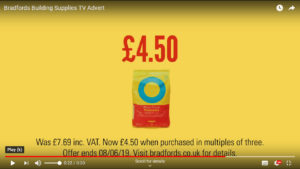 I'm the Assistant Editor on BMJ. If you have any product or people information, or some news you'd like to share, please feel free to email me.
Previous Elliotts raise over £6,800 for local hospice
Next Norbord appoints new National Sales Manager 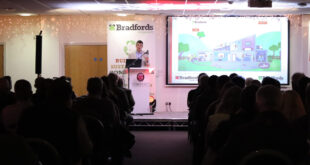 Bradfords puts the spotlight on sustainability 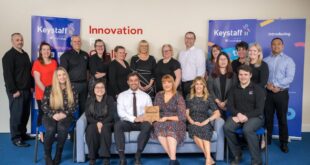 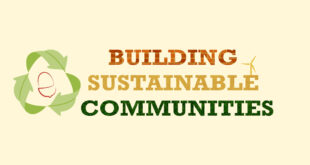