The Builders Merchants Federation’s (BMF) has earned its tenth Award nomination this year, with its latest initiatives to engage with members and its use of social media being recognised in the prestigious Association Awards, which promote excellence in association leadership.

The BMF is shortlisted in two categories, Best Membership Engagement and Best Social Media Campaign.  The first reflecting the BMF’s success in growing member numbers and broadening its appeal through the development of a wide range of Forums, and the second acknowledging its effective use of social media channels to broaden message reach and promote further engagement through the BMF website.

BMF CEO John Newcomb said: “This has been an extraordinary year with the breadth and depth of our work for BMF members recognised in no fewer than 10 Award nominations. We view Awards such as these as a benchmark to measure our own performance against our peers in other trade bodies and professional associations – many of whom operate far larger organisations. I am extremely proud of the work of every member of the BMF team. They have yet again demonstrated that we are punching above our weight in support of our members.”

I'm the Assistant Editor on BMJ. If you have any product or people information, or some news you'd like to share, please feel free to email me.
Previous THINGS ARE HEATING UP IN THE NEW LOOK NEWLEC CATALOGUE
Next UK first for Altecnic as Intaball valves attain new standard 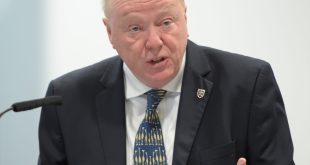