Builders merchants trade association, the Builders Merchants Federation has received a Bronze Award for demonstrating its support for the Armed Forces community through the Defence Employer Recognition Scheme.  The scheme encourages employers to support the defence community and highlights companies that share the same values as the armed forces. 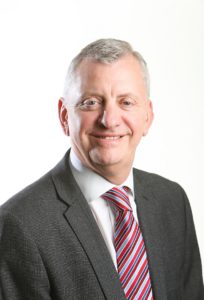 To receive the Bronze Award, the BMF had to sign the Armed Forces Covenant, a nationwide pledge to support military personnel both past and present, as well as their dependents, by treating them with fairness and respect in their communities for serving with their lives.

Bronze Award holders endeavour to uphold the key principles of the Armed Forces Covenant in all their business dealings.  For example, by recognising the skills, qualities and contribution reservists and veterans can make to the civilian workplace, by granting extra support and leave for service spouses and ensuring reservist’s training and deployment is accommodated and supported.

The BMF is exploring opportunities with Building Heroes, which provides skills training to military veterans and support into employment in the building trades, for a pilot programme with members in BMF’s Anglia Region.

BMF CEO, John Newcomb said that promoting the fact that the BMF is an armed forces-friendly organisation is an important part of the Covenant.  “Not only will the BMF seek to support the employment of members of the Armed Forces community, we also encourage our members and others in the building materials supply industry to do the same,”  he added.

“In doing so we are joining the many businesses that actively recruit from the ex-Forces pool or talent and ensure that applications are welcomed from serving spouses and reserves.”