Simon Bicknell is to retire as Toolbank marketing director at the end of June, after 35 years’ service in various commercial roles. Mark Allen (product director) and Paul Maxwell (sales director) will take on Bicknell’s previous duties with the former becoming product and marketing director.

Bicknell says: “I have been very fortunate to work with and for so many exceptional people who have supported, encouraged and inspired me over the years and have been able to enjoy some really positive experiences as we have continued to develop the businesses as part of the Toolbank/Dormole family. Although I have spent most of my working life at one company there has always been an outward looking philosophy where we have been encouraged to get involved in the overall trade which has enabled me to participate in some great institutions’ activities such as BMF, The Worshipful Company of Builders Merchants and The Rainy Day Trust. However, after thirty-five years I am looking forward to taking a summer sabbatical to recharge my batteries with the aim of returning to the industry as an “independent” later this year.”

Wayne Flory, Toolbank Chief Executive says: “During his time at Toolbank, Simon has played a pivotal role in some of our most significant developments including the introduction of our Christmas promotion, the launch of the Faithfull brand and its initial ranges, as well as helping launch Black & Decker and Dewalt. During Simon’s 22 years as sales director and more recently his time as marketing director, he has gained a tremendous knowledge of our business and its people, as well as the industries in which we operate, and has been the external face of our company. Although Simon is retiring, I am pleased to report that he will act as a part time consultant to the business and remain in close contact.” 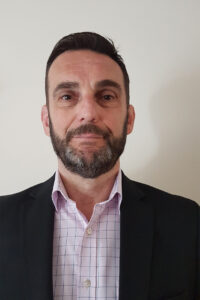